Ms. Dwyer joined Mr. Terry Wright, owner and Chairman of the Board of Nevada Title in October 1985 to form NCS. Ms. Dwyer’s primary responsibilities are managing and general office administration. She opened the NCS Reno office in October 1994. Prior to her NCS, Ms. Dwyer managed the cost control department for a major residential, commercial and casino developer. Since 1995, Ms. Dwyer has been a member of the Las Vegas Executive Association and serves on its Board of Trustees and is President for 2001-2002. She is also a member of the Nevada Development Authority, Credit Manager’s Association and Associated General Contractors. Anne is a graduate of Leadership Las Vegas sponsored by the Las Vegas Chamber of Commerce and continues to provide volunteer services in support of the program. Outside of work, she was on the committee that brought the Susan G. Komen Breast Cancer Foundation “Race for the Cure” to Las Vegas in 1996 and later, the Las Vegas Chapter of Susan G. Komen Breast Cancer Foundation to Southern Nevada. She served on the Board of Directors for the foundation for two years. She was also on the speaker’s bureau for WE CAN Inc. (Working to Eliminate Child Abuse and Neglect). Ms Dwyer attended Weber State College in Ogden, Utah, studying business administration. She has attended numerous classes, workshops and seminars related to business, construction and real estate, and is knowledgeable about Nevada construction and lien law, cost estimating and blueprinting.

Ms. Vogel has been employed with Nevada Construction Services since 1987 and has been Vice President since 1998. Ms. Vogel supervises all disbursement agents, assistant agents, funding desk, file clerk and receptionists. She also is personally responsible for large projects, generally over $1 million, in addition to maintaining existing relationships and developing new business. Ms. Vogel is an expert in casino disbursement projects. Ms. Vogel maintains an active continuing education program, including a UNLV Business Management Certificate, Dale Cernegie and Management Action Programs, and current curriculum for a Bachelors Degree in Business Administration from UNLV. Ms. Vogel is active in the community. as a member of the Focus Program with the Las Vegas Chamber of Commerce. She also donates much of her own time as a volunteer with the Susan G. Komen Breast Cancer Foundation and Child Haven.

Mr. Schleichardt joined Nevada Construction Services in September 1993. His responsibilities include managing the inspection department as well as primary inspection services. Mr. Schleichardt and his department provide construction progress inspections with written analysis for voucher control purposes and inspection-only services for lenders. Prior to joining Nevada Construction Services, Mr. Schleichardt spent 15 years in the construction industry with a general contractor and primary subcontractor. He worked in a variety of increasingly challenging roles, ranging from laborer to project manager for multimillion-dollar contracts for casino and government projects. Mr. Schleichardt holds Certified Building Inspector Number 688636 from the international Conference of Building Officials and was independently licensed as a General Contractor with the Nevada State Contractors Board.

Ms. Eckert joined the Nevada Construction Services team in 1995 as a manager of the Reno Office. She manages all of the operation of the Reno office, which incorporates Northern Nevada as well as the out-of-state projects. Our Reno operation is a member of the builders Association of Northern Nevada. Prior to coming to Nevada Construction Services, Ms. Eckert was employed with Valley Bank of Nevada/Bank of America. She held numerous positions through the years and ended her career as the Operations Manager of the Commercial Loan Service Center. Her department handled commercial loans, construction loans, SBA loans, and other types of lending services. Ms. Eckert was born, raised and educated in Northern Nevada. 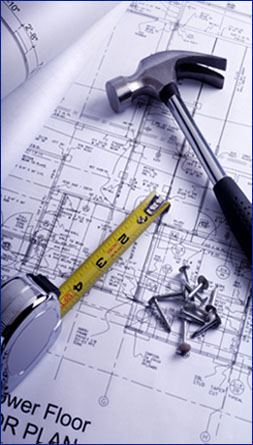 With Offices in Las Vegas and Reno, Nevada Construction Services is Dedicated to ensuring a prosperous future for the construction industry.

dedicated to Building your Success….